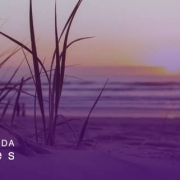 Spain is one of the most popular destinations for relocating Brits and the Costa Del Sol, in particular, offering up some of the best weather throughout the year. With many of us seeking out the sunshine, due to the often grey and miserable weather in the UK and other parts of Europe, it isn’t hard to see why areas like Mijas have become so sort after.

If you’re wondering what the weather is like in Mijas Costa, Spain, then you’ve come to the right place.  In this article, we’re going to take a look at the kind of weather you can expect if you’ve got a holiday planned using the latest 2019 data from World Weather and Climate.

What’s The Best Time Of Year For Weather In Mijas Costa, Spain?

Are you planning a holiday to Mijas Costa? If so, then you want to know the best time of year to travel. You don’t want the weather putting a stop to your plans.

The warmest months of the year are July and August. Temperatures can soar to an average of 30 degrees C or 85 F. Total monthly sun hours are also longest in July and August, averaging more than 320 and 340 hours respectively. June comes in a close third, with an average of 315 hours of sunshine for the month, according to the most recent 2019 data.

What about the level of rainfall? There’s no guarantee that rain will not fall during your trip to Mijas Costa. But, if you time your holiday right, you can lower your risk of being washed out.

Average Monthly Hours Of Sunshine Over The Year

Does Mijas Costa Have A Dry Season?

Yes, it does. While the precise dates for the dry season depends on local weather conditions around Spain, most agree that the dry season begins in June and finishes by the end of September.

Rainfall is deficient during the dry season. The lastest 2019 data suggests that, on average, total monthly precipitation is less than 20 mm for June, July, August and September. April and May also experience little rainfall – less than 40 mm on average.

The wettest part of the year is between November and February when rainfall hovers above 75 mm per calendar month.

Is The Weather Too Hot In Mijas Costa, Spain?

Whether the weather is too warm in Mijas Costa, Spain, depends on your personal preferences.

In terms of temperatures, the months of April, May and October are the most pleasant. The air temperature hovers between 20 and 25 C – the preferred heat for most people.

Outdoor temperatures in the height of summer can peak over 30 C, especially in the middle of the day.

We all love the sunshine but when you are indulging yourself in a spot of tan topping up or perhaps just relaxing in the rays, you need to pay attention to looking after your skin. Make sure that you pop on a good level of sun cream to protect yourself against the UV rays that go along with the beautiful sunshine.

Is The Sea Warm Near Mijas Costa?

The temperature of the sea near Mijas Costa is mild all year round, and particularly warm during the late spring and early autumn.

Sea temperatures reach a balmy 18 C on average in June and peak at over 22 C in August, before falling off slightly in September. If you like bathing in warm water, then the summer is the best time to visit Mijas Costa.

Water temperatures fall to around 14 C during the middle of winter.  Humidity remains relatively constant at approximately 60 to 70 per cent throughout the year.

If the amazing 325 days of the year sunshine is tempting you to relocate, then why not come and pay us a visit? Here at Property In Mijas, we have a fantastic variety of properties in Mijas that you can buy today and find yourself relaxing in the sunshine in a matter of weeks!

Our sales office is located within the Puebla Aida Development near Mijas Golf and all properties can be viewed by appointment by calling: (+34) 952 477 854 or via email at sales@propertyinmijas.com. 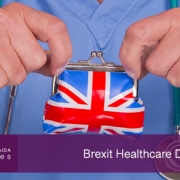 As current Brexit negotiations stall to a deadlock, the process is looking far from the “easiest thing in human history” that was promised by prominent Leave campaigners. But, there have been certain agreements reached that haven’t made the headlines. One of which is that mutual healthcare coverage for British and EU retirees is set to continue.

With the media looking at the bigger, overall Brexit picture, it’s easy to see why some negotiations that have reached agreement are being overlooked. As trade deals and divorce bills for the UK continue to dominate airtime and column inches, perhaps more could have been reported on certain agreements that will see no change and be beneficial to hundreds of thousands of British and EU retirees.

Attempted negotiations have tried to find amicable solutions for the legal rights of EU citizens in the UK. And while that continues, it’s significant that we’re seeing actual progress being made in other certain areas. And one, among several key points for the thousands of British pensioners enjoying retirement abroad, is the issue of ongoing healthcare.

It’s been confirmed that, after Brexit, all British pensioners that have settled in other EU countries will continue to receive healthcare paid for by the NHS. Though the deal has only been agreed “in principle”, there’s no reason to believe this crucial advance won’t get rubber-stamped before too long.

Brexit Secretary, David Davis, commented “this is good news for British pensioners in the EU” and the news is bound to bring a collective sigh of relief for British expats abroad. But it will also be welcomed by the 85,000 European retirees settled in the UK. The healthcare deal is reciprocal and will also work in reverse, so EU pensioners will continue to receive healthcare from the NHS in the same way.

As part of the deal, it’s understood that the agreement will also allow British pensioners in the EU continued use of their existing European Health Insurance Card (EHIC). For British retirees in any EU country, it means that they can still go on holiday to other EU countries, and still receive healthcare with the card should they need it.

Apparently, Davis had been pushing for the continued use of the card to cover all British tourists as well. However, talks of wider issues like this have been put on hold until the main issues affecting EU citizens are resolved.

Astonishing figures released by a parliamentary select committee earlier this year, shows that Britain reimburses other EU countries to the sum of £650m for treating British patients in the EU. Approximately £500m of that overall amount goes on treating 190,000 registered pensioners with the highest of those pensioner figures, as expected, attributed to popular retirement destinations of Spain, Ireland, France and Cyprus.

Related Post: The Impact Of Brexit On Property In Spain

So as the Brexit juggernaut rumbles on, it’s heartening to finally see some progress being made to protect both British and European pensioners healthcare as they enjoy retirement in reciprocal countries. There’s still much work to be done, but for now, the healthcare deal is a reassurance for all expats, and one less thing to worry about when so many issues on the Brexit agenda are still up in the air.

A real adventure driving from the UK to get to Puebla Aida.

For many years I flew to Spain from England flying out of Gatwick or Heathrow, however now, once a year, I travel a different route, driving to Puebla Aida and it really is a fun adventure full of culture and fantastic scenery.

Leaving by car from Portsmouth or Plymouth, we get one of the five available Brittany Ferries crossings past France to the wonderful wide-beached city of Santander in Northern Spain. The journey takes 24 hours but they have made it like a mini cruise, which is a really enjoyable experience.

From Santander there is a 700-mile new motorway all the way to within 4 miles of Puebla Aida, this road is highly unused and for miles, you will drive on pleasant empty roads with no tolls. The scenery is stunning as you drive over mountains in the North and break into Extremadura, the most deserted part of Europe, running near the Portuguese border. But it’s not just about the roads, there is so much to see as you can turn off the motorway into the Rioja wine region, the golden-stoned university city of Salamanca, then there’s Segovia, visit Caceres or the best Roman ruins in Spain at Medina.

Finally, you mustn’t miss the red hot home of the passionate Carmen in Seville. There is truly so much to see and explore, so do consider driving to Puebla Aida as this is a journey to be enjoyed time and again and every trip will be different… but please don’t tell too many people!

An Owner at Puebla Aida

More information about Brittany Ferries, and to view their latest deals visit their website: http://www.brittany-ferries.co.uk/ferry-routes/ferries-spain/plymouth-santander 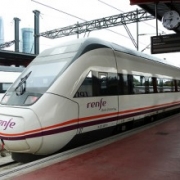 Travel by Air, Car and Train to Puebla Aida

Now that Malaga airport has trebled in size with two runways, making Malaga airport THE hub for the western Mediterranean. With new motorways stretching North, East and West, and new TVR trains to Madrid (now only 2.20 hours) and Barcelona. Its clear things are really happening for Malaga city, and Malaga city is only 25 minutes from Puebla Aida and Mijas Golf.

It is easier than ever to travel by Air, Car and Train to Puebla Aida. And the improvements don’t stop there. There is now an excellent train that runs from the airport in only 40 minutes to very nearby. Car hire is one of the cheapest in the region, and now with the enlarged airport, many budget airlines are making Malaga airport a hub to supply flights to all over Europe. And most importantly these airlines do not stop their flights in the Winter so its an all year round service allowing you to visit at less busy times of the year.

Málaga Airport is the busiest international airport of Andalucia, accounting for 85 percent of the region non-domestic traffic. It offers a wide variety of international destinations. The airport, connected to the Costa del Sol, has a daily link with twenty cities in Spain and over one hundred cities in Europe. Direct flights also operate to Africa, the Middle East and also to North America in the summer season. Airlines with a base at the airport are Air Europa, Norwegian, Ryanair and Vueling.

This site uses cookies. By continuing to browse the site, you are agreeing to our use of cookies.

We may request cookies to be set on your device. We use cookies to let us know when you visit our websites, how you interact with us, to enrich your user experience, and to customize your relationship with our website.

Click on the different category headings to find out more. You can also change some of your preferences. Note that blocking some types of cookies may impact your experience on our websites and the services we are able to offer.

These cookies are strictly necessary to provide you with services available through our website and to use some of its features.

Because these cookies are strictly necessary to deliver the website, you cannot refuse them without impacting how our site functions. You can block or delete them by changing your browser settings and force blocking all cookies on this website.

We also use different external services like Google Webfonts, Google Maps and external Video providers. Since these providers may collect personal data like your IP address we allow you to block them here. Please be aware that this might heavily reduce the functionality and appearance of our site. Changes will take effect once you reload the page.